What Women Need in the Workplace, with Sophia Everitt and Amelia Tulloch 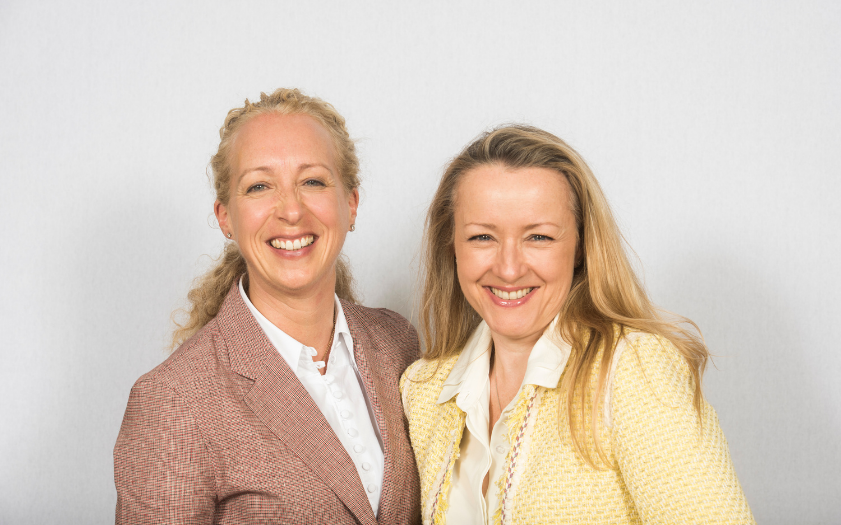 Today, we speak to our past Aldrich & Co candidates Sophia Everitt and Amelia Tulloch. Sophia and Amelia first met at secondary school, and they have remained great friends ever since. They have also been colleagues for a large part of their friendship, working first at Goldman Sachs in London and then at Aravis Capital.

This is Sophia’s second interview with Aldrich & Co! Read Sophia’s thoughts about a day in the life of an operations manager here.

We wanted to know what it’s like to work with a close friend, and also what is was like to return to the workplace after a period of time raising their children.

How much of a role you think that your friendship has had to play in in your careers to date?

Amelia: A huge role in terms of encouragement and sound-boarding, and it also brings a lovely dimension to our day-to-day work!

Sophia: Our friendship has been so important at the support level; in listening and giving feedback. When you know each other inside out, you have full confidence in recommending each other for things. I first sent Amelia to Emily Aldrich – back then, Aldrich & Co got both of us jobs at Goldman Sachs. When Amelia changed to a different role later on, I took over her job. You know the standards that are expected at work, and you know to recommend the right calibre of person. And Aravis Capital is the second company for which we’re working together.

How important do you think it is for women to have other women in the workplace as champions?

Sophia: I think it’s very important. As much as you might like to feel that the world is an equal place, there are definitely experiences that women have that are very different from men. The fact that Amelia and I have three children each – we understand the challenge that presents, not just in its own right, but also trying to fit that in with coming back into the workplace with confidence.

Amelia: I think it’s also important for our children. I have three daughters, and I’ve made a point of bringing them into the office to see me in a professional working environment. It was important for them to re-contextualise me and start to consider their options for when they’re older.

What was their reaction, coming into the office?

Amelia: I think they were delighted! I was looking after them full-time when they were little; now they understand what that means. It gives a positive message to them that women can be successful mothers and wives – and we can also be successful in business.

You both took work breaks to raise children. What do you think has improved for women in business, in the years that you’ve been working?

Sophia: I think we are lucky to have found a respectful, thoughtful environment in Aravis Capital. Earlier in my career, there was a desire in the industry to get women back into the workplace, but there were fewer real solutions as there are today. I feel that companies are now starting to think more carefully about how they manage their people.

Amelia: I’m happy to be working at Aravis Capital, where the people who run the firm are open-minded and experienced recruiters and have given us the chance to work to the best of our abilities. Other companies might have been a bit more closed-minded to women returners.

Sophia: It’s important to build confidence in women returning to work. Online CV-writing services might say, “if you’ve been out of work for over two years, then you have to justify what you’ve been doing.” It’s very formulaic, and it’s not a true reflection of what women have been doing in those years. You might have been out of the workplace for 15 years, but what you gained during those years can be just as important and useful. We might feel the world has moved on but previous experience of the workplace is still relevant and valuable. Recognising qualities and character should also be encouraged.

What positive words would you give to women returners?

Sophia: If it’s possible, find somebody to champion you. We need to be able to lean on each other. Aldrich & Co found my graduate role, so I went to them again after my work break; they really understood me!

Amelia: Everybody is beset by self-doubt, men and women. I think the benefit of maturity allows one to acknowledge it, and then be brave and take the plunge. If you don’t take risks, then you’re never going to get anywhere. Take one step at a time, apply to a few roles, talk to people, remain open-minded, interview, interview again, and eventually you will succeed!

We love to see our candidates grow – if you are a previous candidate, don’t hesitate to get in touch with us and tell us how you’re doing!

This website uses cookies so that we can provide you with the best user experience possible. Cookie information is stored in your browser and performs functions such as recognising you when you return to our website and helping our team to understand which sections of the website you find most interesting and useful.

Strictly Necessary Cookie should be enabled at all times so that we can save your preferences for cookie settings.

If you disable this cookie, we will not be able to save your preferences. This means that every time you visit this website you will need to enable or disable cookies again.